American Legion Post-68 Hayward will celebrate 100 years of serving veterans and the community on September 26, with a family-friendly festival to be held on Saturday, September 28, 2019 to commemorate the anniversary. CLICK HERE to view the event details on Facebook.

Fun for the Whole Family!

The American Legion Post-68’s centennial celebration will include a parade, live music, a classic car show, vendors, food, face painting and balloons in downtown Hayward from 10 a.m.-5 p.m. The celebration is being sponsored by the Hayward Business Association, which was created by Vintage Alley, a local boutique and salon dedicated to the style of the ’30s, ’40s and ’50s. The goal is to build a strong downtown for the local community and the City of Hayward. Vintage Alley hosted a downtown car show in September 2014, which was the first unofficial event. “We felt there was a need for activity and something exciting in downtown Hayward,” says Alfredo Rodriguez, owner of Vintage Alley, president of the Hayward Business Association and Vice Commander and Chairman of the American Legion Post-68.

In 2017, Vintage Alley teamed up with Brews & Brats to create the Hayward Business Association. In 2019, the Cupcake Shoppe and Twinkies Krafts, a California-based nonprofit organization, joined the effort. The Hayward Business Association provides opportunities for local businesses to donate their time getting involved with a good cause, as well as getting exposure and promoting their businesses within the community.

“Our purpose is to build our community and our downtown and build a strong relationship between the City of Hayward, the Hayward Police Department, the Hayward Fire Department and neighboring merchants,” says Rodriguez. “We keep all events family friendly and all proceeds from the events go to local charities.”

Founding member of the Hayward Business Association, Vintage Alley is a five-time Spectrum Customer Satisfaction Award winner. Winners of the Spectrum Award are based on City Beat News’ independent, proprietary research and evaluation system, which identifies businesses and professionals with a track record of top-flight customer service. The rating system combines data collected from nominations, online and other customer reviews, surveys, blogs, social networks, business-rating services, and other honors and accolades — all of which express the voice of the customer. Those that earn a 4-star or 5-star rating receive the Spectrum Award. For more information about City Beat News and the Spectrum Award, visit www.citybeatnews.com.

About the American Legion

The American Legion was chartered by Congress in 1919 as a patriotic veterans organization. Focusing on service to veterans, service members and communities, the Legion evolved from a group of war-weary veterans of World War I into one of the most influential nonprofit groups in the United States. Membership swiftly grew to over 1 million, and local posts sprang up across the country. Today, membership stands at nearly 2 million in more than 13,000 posts worldwide. The posts are organized into 55 departments — one each for the 50 states, along with the District of Columbia, Puerto Rico, France, Mexico and the Philippines. Over the years, the Legion has influenced considerable social change in America, won hundreds of benefits for veterans and produced many important programs for children and youth.

Hundreds of local American Legion programs and activities strengthen the nation one community at a time. American Legion Baseball is one of the nation’s most successful amateur athletic programs, educating young people about the importance of sportsmanship, citizenship and fitness. The Operation Comfort Warriors program supports recovering wounded warriors and their families, providing them with “comfort items” and the kind of support that makes a hospital feel a little bit more like home. The Legion also raises millions of dollars in donations at the local, state and national levels to help veterans and their families during times of need and to provide college scholarship opportunities. 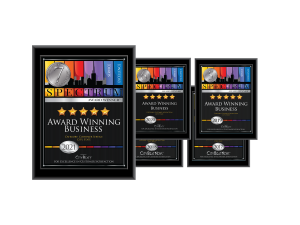 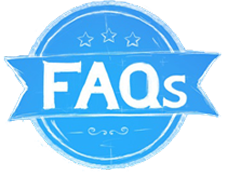 WE AWARD AND GIVE VOICE TO THESE EXCEPTIONAL COMPANIES